It’s the month of love! And so without further adieu (and in response to questions and comments from my readers) I give you…My Love Story.

This is the story of the man who changed my life forever.

Once upon a time, I (like countless people my age) was exasperated with the world of dating. Millennials get a bad rap, and usually I don’t think that the millennial population, at large, deserves the digs and judgments, but we are horrible at dating and that’s the truth.

Call me awful, but those were my honest thoughts. I feel genuinely sad that I was so quick to judge that system. I truly did not believe that I could find a guy worth marrying online.

One day, a few weeks later, I was reading in an old journal about my hesitancy to utilize technology in my missionary efforts. One particular entry jumped out at me as I testified to myself that technology had hastened the work of the Lord. A thought penetrated my mind, “Don’t you think that utilizing technology can hasten this work?” So just like that, I downloaded a dating app.

The application I chose is called Bumble. It seemed like a safe bet for my first experience dating online, because after you match with a person, the girl must make the first contact. I felt safe thinking that I had to be the one to initiate contact with these guys I may match with. I strained over what to write in my bio. I wanted to be witty and coy and intriguing, but ultimately settled for frank.

Next came the pictures. It’s a superficial system of reading and swiping, so I wanted to make sure my pictures were good AND authentic.

Then, I set my preferences for age and distance from my location, and just like that I had entered the online world.

Before I started swiping, I said a prayer that went something like this:

“Thanks for technology. I know it can be a great tool. It can also be the most devastating weapon. Please help me discern between good and bad on this site. I promise that at the first bad feeling, I will completely back out. I also promise to be true to myself and pray I can find a man who will do the same.”

My stint in the world of online dating lasted approximately 72 hours. It ended almost as abruptly as it began. I came out relatively unscathed, but not before connecting with a cute guy named Alex Smith. We had been messaging here and there and had set up a time to meet in person, so before I deleted my account I sent him a message. In the message I gave him my phone number and said I would love to keep our plans to meet. I did this with one other person as well, but that didn’t go well… And just like that, I was out of the online dating world!

The day we had set to meet was slightly overcast, but pretty warm. Yeah, I still remember the weather. We had determined to meet after class on our campus; neutral location, safe bet in case it didn’t work out. I had decided that nothing was going to happen, I would show up because I said I would, but nothing would come of it. About an hour before we were set to meet, I decided maybe I just wouldn’t show up at all. I just wasn’t feeling it all of a sudden. But I didn’t want to be a jerk, so I showed up. As I was sitting waiting for him, he texted to tell me that his class got out late so he was running a little behind schedule. No problem.

I situated myself in a corner with my back to the room so that I couldn’t see him approach. I pulled out some homework to work on, but mostly I just really wanted to look busy. All of a sudden, I felt VERY nervous! Then out of the blue:

I turned to face my internet mystery man, and as I laid my eyes on him, it happened.

The feeling that starts every great story.

The feeling of falling. Hard.

I was smitten. In an instant.

Those who know me, know I’ve never fallen for anyone.

Those who know me well know that I am the rational, level headed, boring type. Certainly not the type who just falls for someone in an instant. But I kid you not…it happened to me with him.

We walked together over to play pool and immediately the butterflies started. We played two games and covered all the icebreaker topics. We had a little small talk, but I went ahead and dove a little deeper by asking him questions like, “How long have you been dating online?” “Do you go on a lot of dates from the apps?” “Are you really 29 years old?” I don’t know what got into me, but I was bold and still skeptical…

It became clear that we couldn’t very well play more pool. I thought we may just part ways, and that kind of bummed me out, until Alex surprised me by asking if he could buy my a Jamba Juice. I gladly obliged. As we began walking to the little food court where Jamba Juice was located, things really picked up. It was like this relief swept over us from breaking the ice and now we could really get to the good stuff.

We found a bench to sit on as we sipped on our smoothies. I was so captivated by Al. I just kept asking him questions. He really opened up to me! I just kept thinking, “Wow, I want to spend more time with him.” Then he told me he was a Laker’s fan and I realized it could never work out for us. Okay, not really, but almost.

After sitting there for over an hour I told him we wouldn’t be able to get to know each other all in one day and told him I would love to spend more time together soon! We walked together for a little while before parting ways for our cars.

The moment I got into my car I called my mom and told her I was in big trouble. 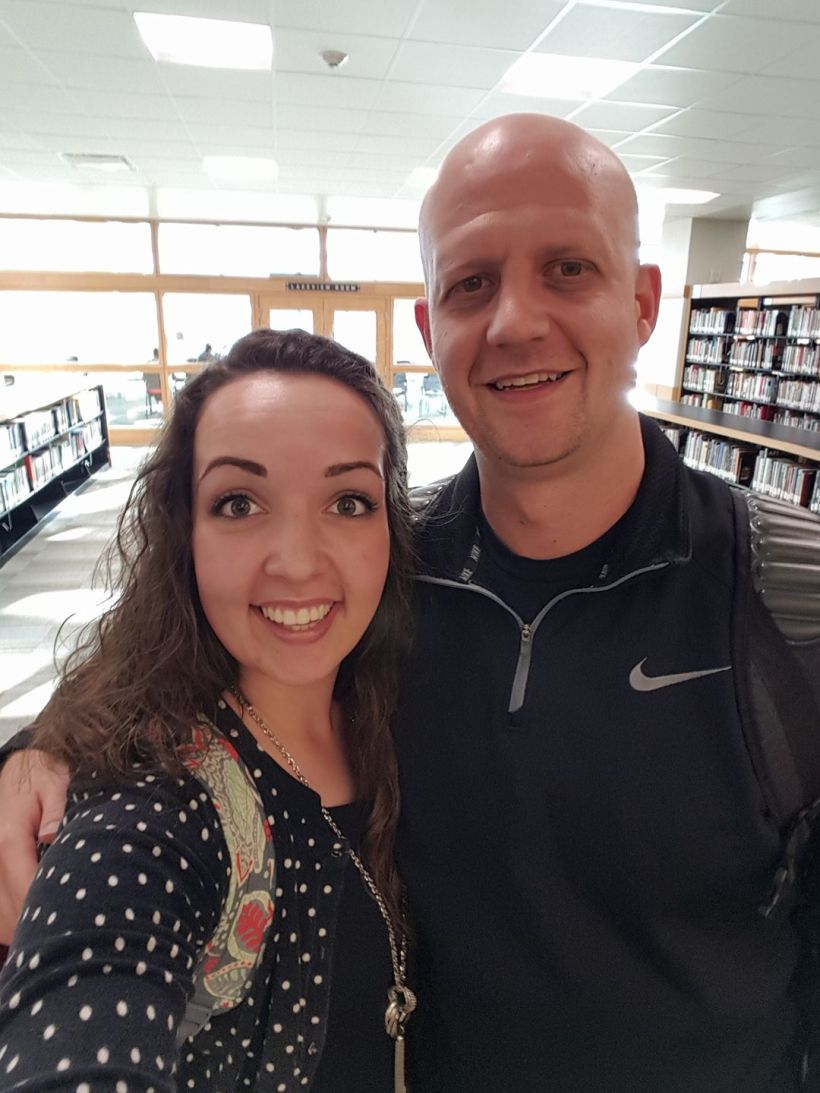 4 thoughts on “Theme Thursday: How We Met”

Looking for something specific?